as the heartbeat changes according to the emotions, so the facade of àut studio’s newly proposed super-tallbuilding in new york narrows and expands depending on the functions. from the tranquility of the hotel in the upper part to the ‘tachycardia’ of the public space on the ground. 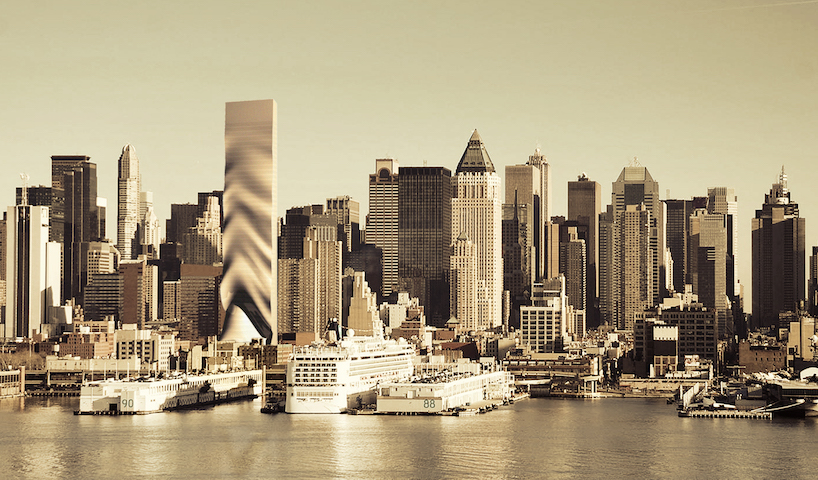 from east to west, manhattan passes from the winding water line to the sharp one of the towers and then becomes sinuous again on the other side. milanese based studio àut‘s ‘line’ looks east to the city and west to the water. this project belongs to the ‘drapoghraphy’ research with which the design team has also published the ‘the drape’ project on its website. 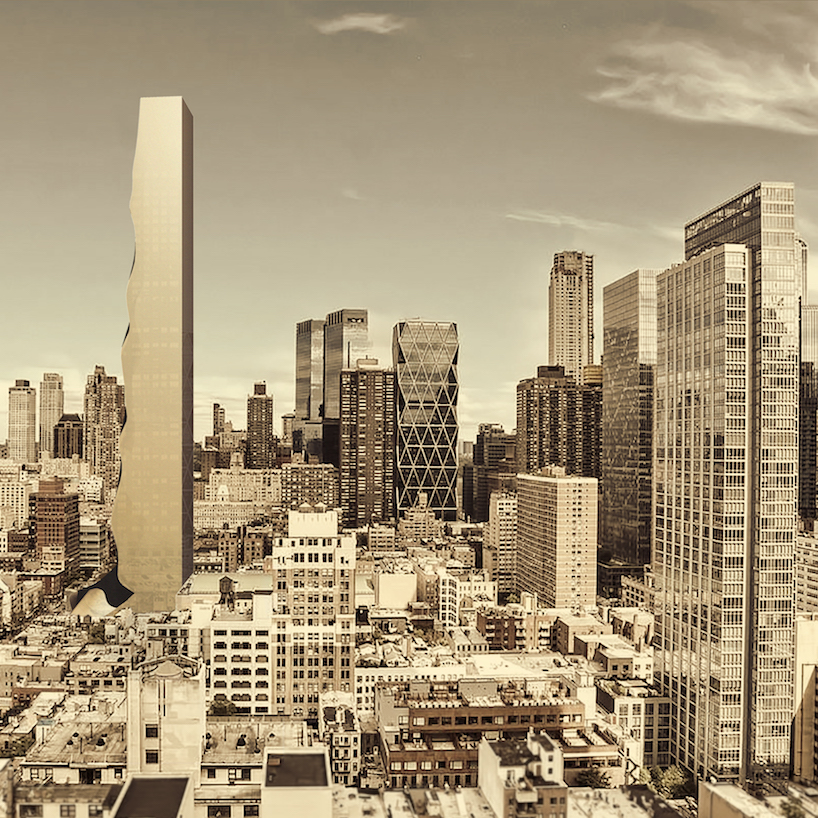 the facade narrows and expands depending on the functions

italian writer luciano de crescenzo once wrote: ‘to say crazy is exaggerated, let’s say he lives the time with intensity. time is an emotion, it is a two-dimensional entity, in the sense that you can live it in two different directions: length and width. if you live in length, in a monotonous way, always the same, after 60 years you will be 60 years old. but if you live in width, with ups and downs, falling in love, maybe even doing some nonsense things, then after 60 years you’ll only be 30 years old. the trouble is that men study how to prolong life, when it should instead be enlarged.’ 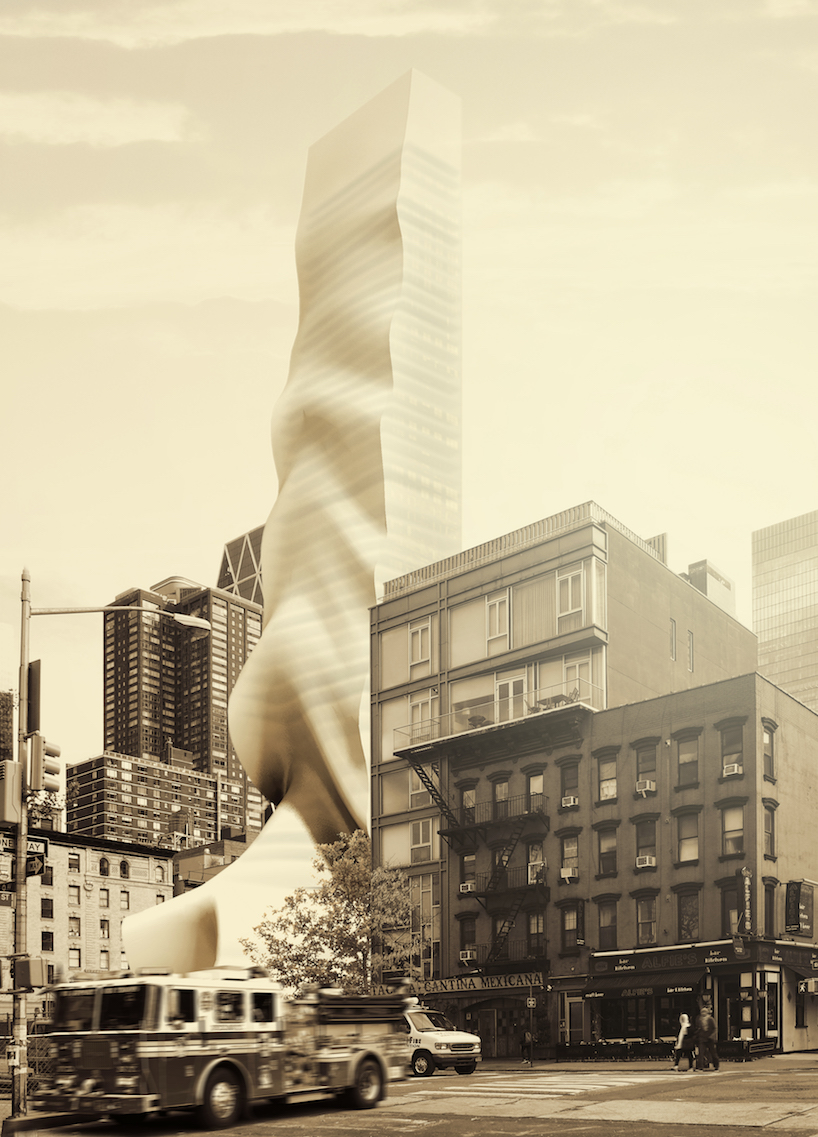 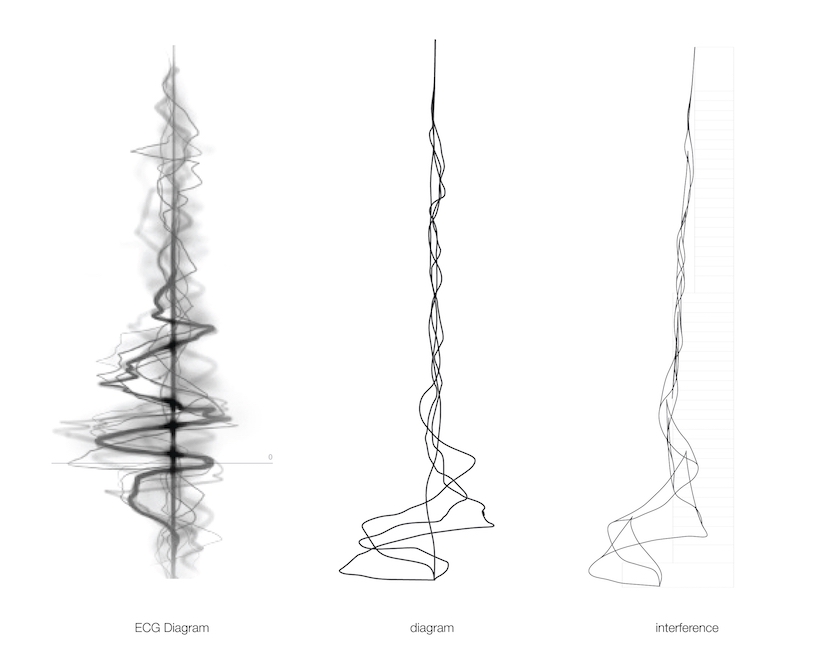 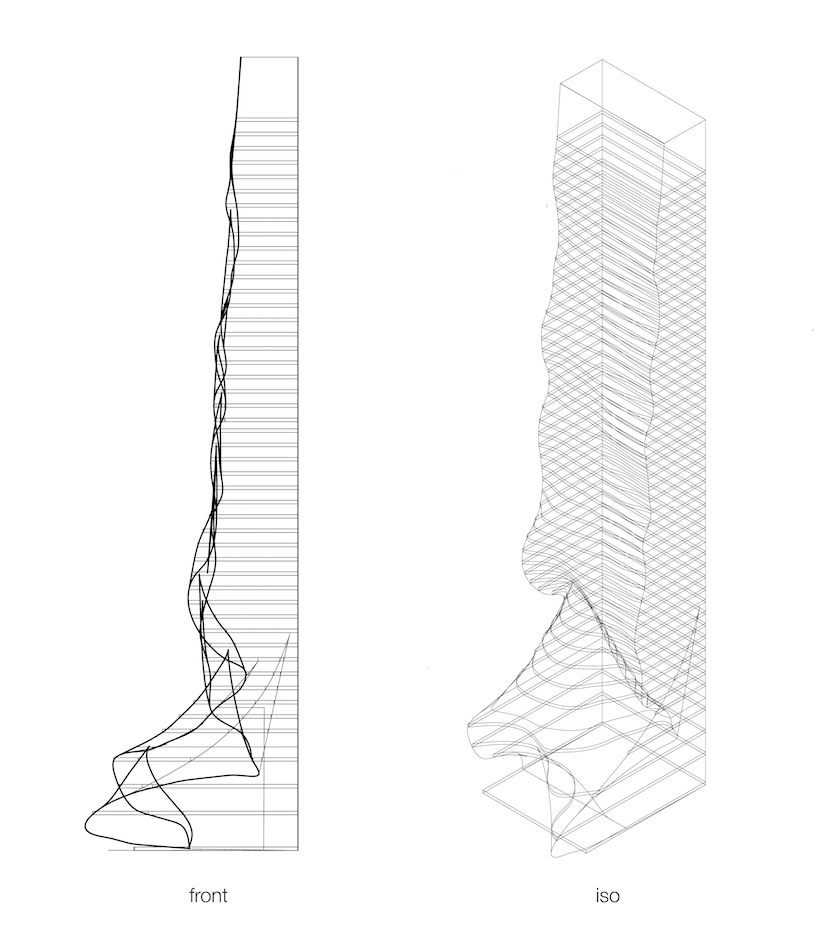 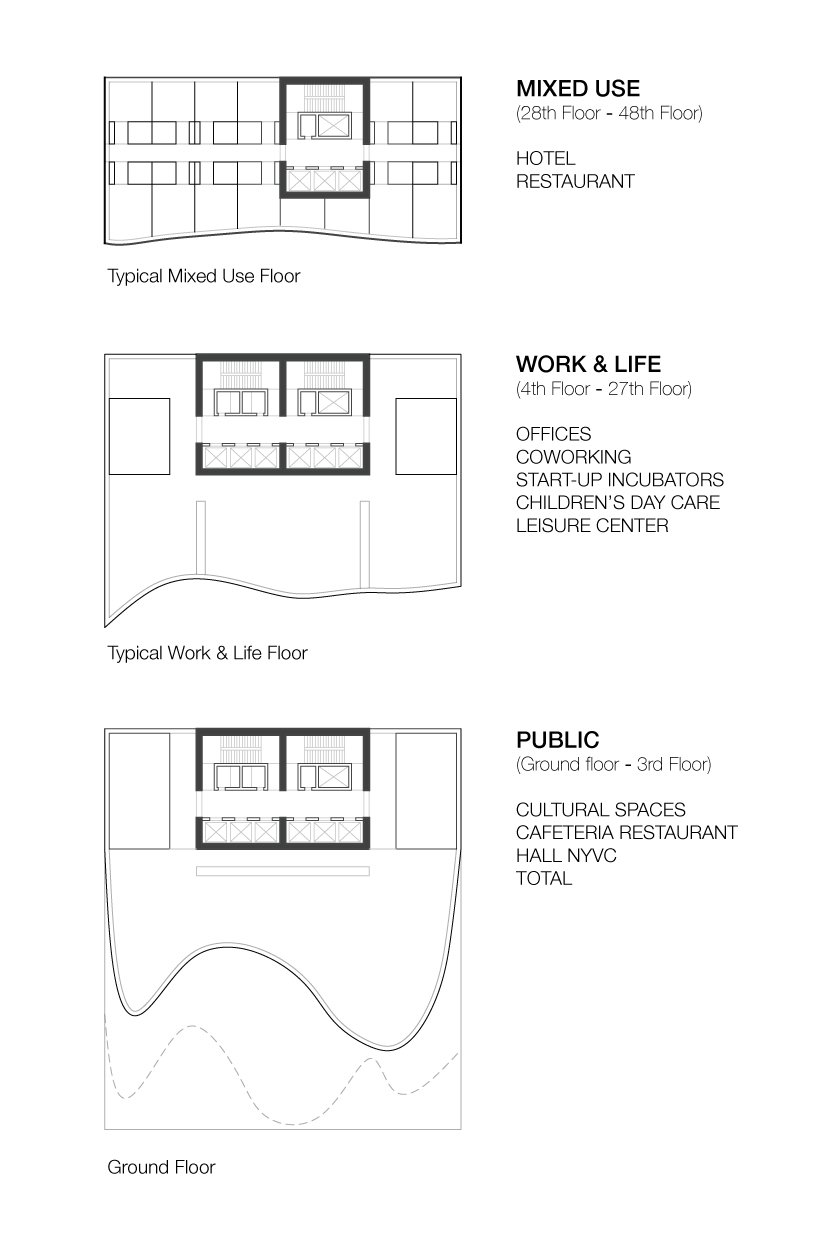 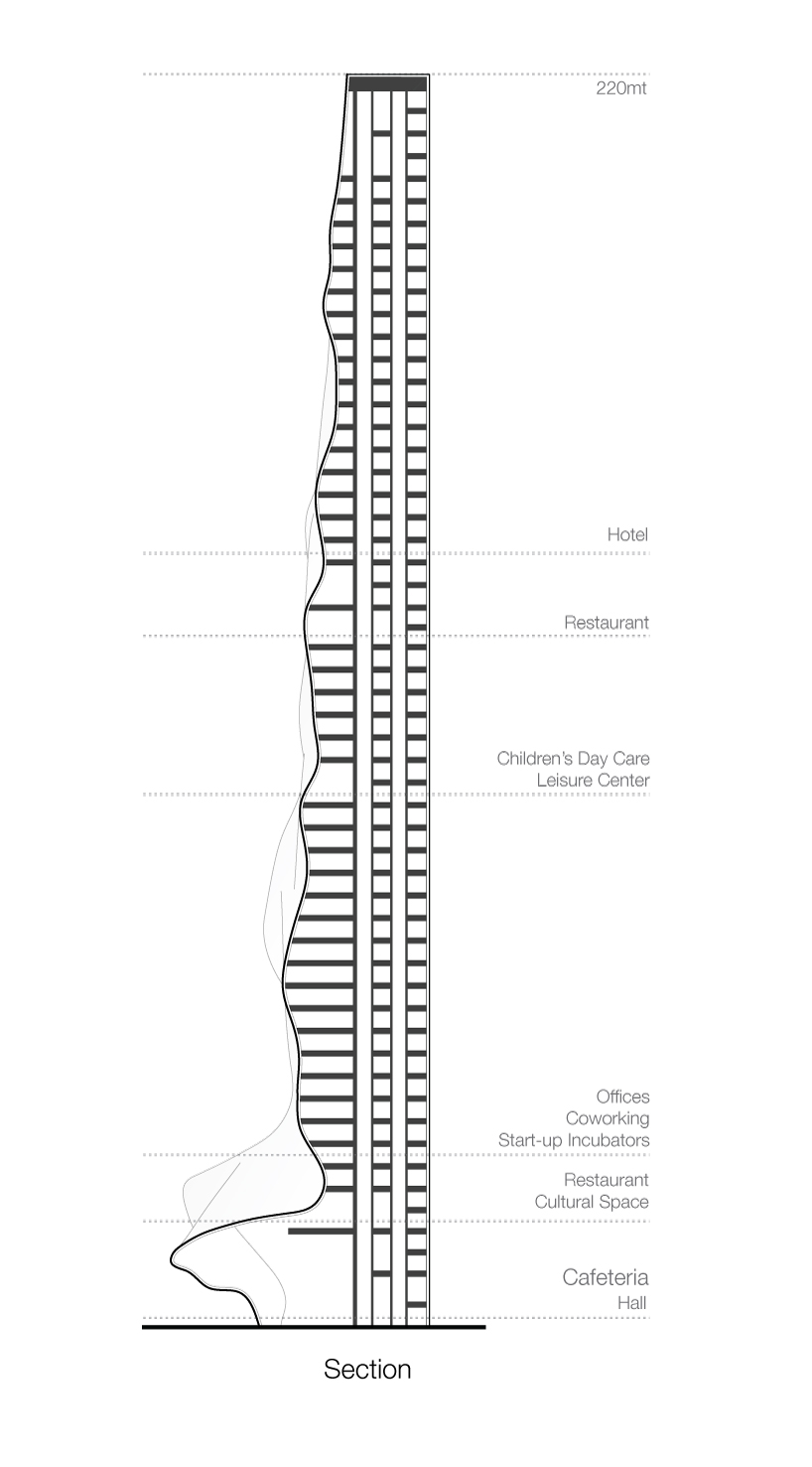